Barcelona Part Two - Ya no solo

Day Two:  We awoke early, thanks to our daughter, and we hit the streets of a very sleepy city at about 8 a.m. on Easter Saturday.  Our first goal for the day was to find breakfast, the second was to kill time until we caught up with some American friends from Bayreuth and did some serious sightseeing.

Barcelona - probably the first of several

As anyone who spent time with us anytime in the three or four months beforehand knew (and was sick of hearing),  we spent Easter 2011 in the almost-impossible-to-over-hype capital of Catalonia, Barcelona.  A great city to visit anytime of the year (I'm guessing), but particularly charming in springtime.

We flew into Barcelona on the afternoon of Good Friday, and took a train into the city passing by fields of artichokes and agricultural pack-houses, and arriving to drizzle and disorientation at La Plaza de Cataluña.  We knew we were just off La Rambla (one of the major pedestrian areas and a tourist mecca), and we knew our hostel/hotel was just off La Rambla.  Unfortunately though, we didn't really know in which direction La Rambla was.

New frontiers in laziness: Baking by the can 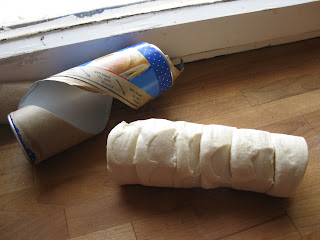 Credit to Sara for discovering dough-in-a-can, and even more for daring to buy some (the croissant version).  Apparently unique to mainland Europe and North America, croissant and bread-roll doughs are available here by the cardboard can.  Like with all things, they don't quite compare with the "real thing" (i.e. those bought from a bakery), but at just over a single Euro for 6 pieces of deliciousness?  Definitely gets my vote.

Read more »
Posted by Nathaniel at 8:22 am No comments:

I’ve been to Bonn twice now, both times for conferences (one DAAD, one AvH).  Bonn's a great little city, even better when you're being wined and dined for the cost of a presentation or two!

Read more »
Posted by Nathaniel at 9:21 am No comments:

This is the blog of Nathaniel Wilson and, occasionally, Sara Aprea and their daughter Matilda. It's mostly Nat's though, which should be pretty obvious eh.